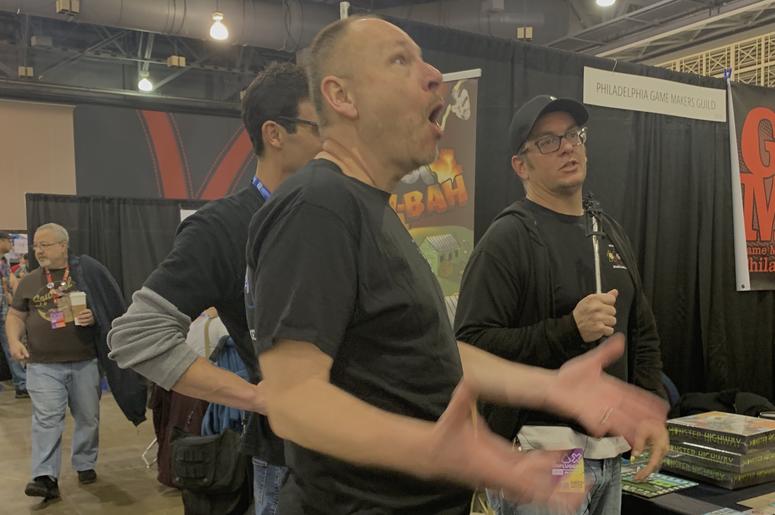 BJ Shea’s Geek Nation and The Board Game Alliance traveled to Philadelphia, PA for PAX Unplugged 2018 this year, and we had a blast!

PAXU is the tabletop gaming installment of the Penny Arcade Expo’s family of conventions, the prime edition of which is based here in Seattle and is conidered one of the ultimate destination events for gaming culture, mostly for video games and technology companies to showcase their newest and greatest innovations.  PAX Unplugged does that for tabletop games, and that makes it a no-brainer for Geek Nation and The BGA.

This year, we were in Philly for three days of discovery and wonder, visiting with industry giants like Fantasy Flight, Gale Force 9, and Iello Games.  We were able to speak with several of the biggest movers and shakers of the board gaming industry as they presented us with some of the most amazing new games that our particular hobby has to offer.

We were also on the hunt for cool indie gaming companies who are just starting out in the business.  We wanted to check out all of the fresh ideas in gaming that were also featured, and PAXU had a ton of lesser-known but equally fantastic board game companies for us to spend some time with.

By the end of the third day, we had interviewed a metric ton of people and companies, played about a million games, and had a truly amazing time covering what amounts to the Valhalla of the board game gods!

Check out all of our video coverage from PAX Unplugged here:

And, be on the lookout for more reports as we get around to playing the two dozen or so games that we brought home with us!

View all posts by jzappelli1107

Fallout 76 – The Rev in Appalachia

Shiver Me Timber’s by Weltfluch Verlag, and @shivermetimbers_boardgame This sandbox game is great and the toy factor is through the roof! I can’t wait to play again this time on “Epic Mode!” @the_omega_gamers @thing12games #shivermetimbers #boardgames