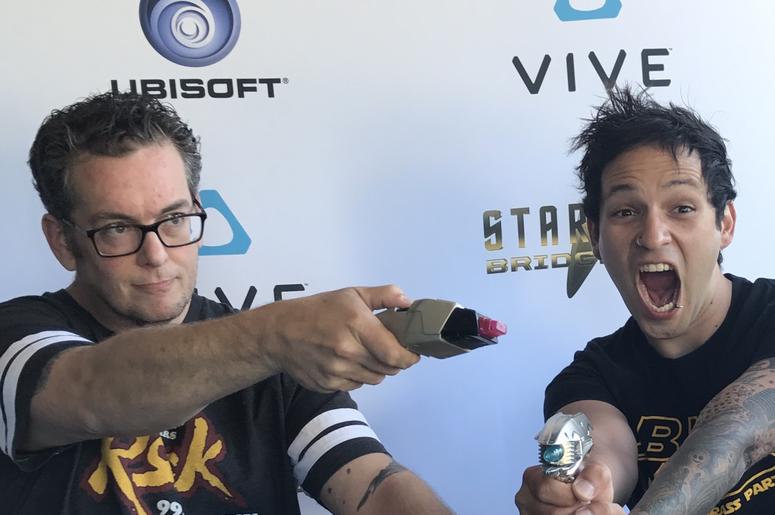 Trekkies rejoice! New shows are on the way!

In a recent article from startrek.com, it was announced that CBS All Access will begin to roll out ‘Star Trek: Short Treks’, the four standalone stories building toward the season two premiere of ‘Star Trek: Discovery’. Each short will run 10-15 minutes and will be an opportunity for fans to dive deeper into key themes and characters – including Tilly (Mary Wiseman), Saru (Doug Jones), Harry Mudd (Rainn Wilson, who directs his segment as well) and a new character, Craft (Aldis Hodge) — that fit into Discovery and the expanding Star Trek universe.

This is on the tail of a recent announcement at the Star Trek: Las Vegas convention that Patrick Stewart will be returning to his role as Jean-Luc Picard from ‘Star Trek: The Next Generation’ in a new TV show that will also air on CBS All Access.

Not to mention that CBS has also announced that there are currently at least three other Star Trek shows being developed for their streaming service, including a Star Fleet Academy series, a new animated series, and a show that centers on Khan (KHAAAAAAAN!) Noonien Singh’s pre-Star Trek II activities on Ceti Alpha V.

And season two of ‘Star Trek: Discovery’ will arrive in early 2019, so there’s that.

I have a feeling that my DVR is going to be more filled with data than a holodeck simulation of The Ancient West!

View all posts by jzappelli1107

Fallout 76 – The Rev in Appalachia